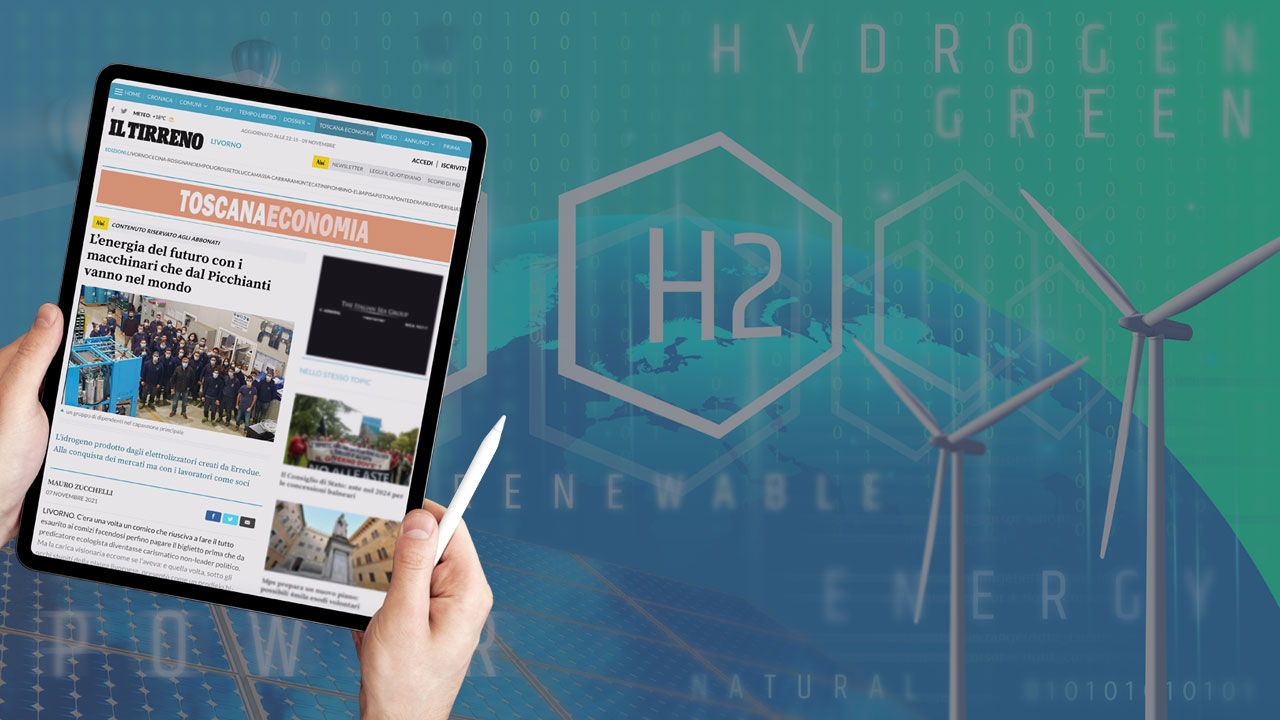 The newspaper il Tirreno celebrates the pioneering role of ErreDue in the development of technologies for the production of hydrogen. Not only innovation, but also enlightened business management, the basis for this supremacy.
On Sunday 7 November the newspaper Il Tirreno dedicated a broad overview to ErreDue: in the foreground the company’s role in the development of technologies for the production of hydrogen. The story traces the epic story of the three founding partners Enrico D’Angelo, Roberto Saletta and Mauro Marrucci, in their ambitious and visionary research in the field of hydrogen generation.
ErreDue still dedicates important resources to the Research & Development of technologies for the production of H2 from renewable sources, playing a fundamental role within the national and international supply chain. In 2020, the company launched a project to develop an innovative large cell suitable for creating an alkaline electrolyser with a power of 1 MW, with the possibility of modular installations in plants up to 3 MW. The electrolyser, which will be launched on the market in January 2022 and will be ready to be produced in several units from January 2023, is made up of two 500 kW stacks, with a production of up to 200 Nm3/h of hydrogen.
The role of leader that belongs to us also invests us with the responsibility of directing attention to the critical issues inherent in the path of the so-called ecological conversion. Producing hydrogen from renewable sources is the key to decarbonising the industry but the obstacles on this path can be umerous.
Technological innovation but not only: at the center of the story is also the enlightened and participatory business management that has skilfully led the company towards the numerous objectives and successes achieved to date.
If you found interesting ideas in this story, contact us to learn more

This site is registered on wpml.org as a development site.